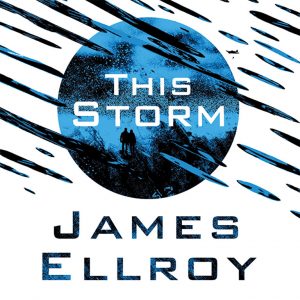 January ’42. L.A. reels behind the shock of Pearl Harbor. Local Japanese are rounded up and slammed behind bars. Massive thunderstorms hit the city. A body is unearthed in Griffith Park. The cops tag it as a routine dead-man job. They’re wrong. It’s an early-warning signal of Chaos. There’s a murderous fire and a gold heist. There’s Fifth Column treason, on American soil. There are homegrown Nazis, commies and race racketeers. There’s two dead cops in a dive off the jazz-club strip. And three men and one woman have a hot date with History.