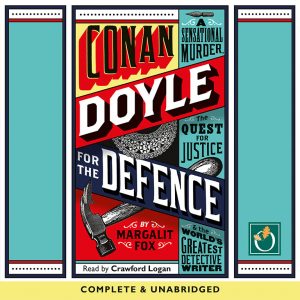 Conan Doyle For The DefenceMargalit Fox

Just before Christmas 1908, wealthy 82-year-old spinster Marion Gilchrist was found bludgeoned to death in her Glasgow home. A diamond brooch was missing, and police arrested Oscar Slater, a Jewish immigrant and gambler. Despite having an alibi, Slater was convicted and imprisoned in Peterhead Prison. Seventeen years later, convict William Gordon was released from Peterhead. Concealed in a false tooth was a message addressed to Arthur Conan Doyle, who turned his formidable talents to freeing Slater ... Drawing on original sources including Oscar Slater's prison letters, this is a compelling account of one of the greatest miscarriages of justice in Scottish history.